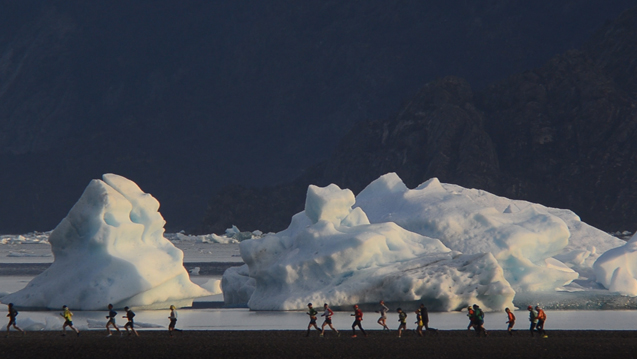 Punta Arenas, September 20, 2012. With less than a week to go before the Patagonian International Marathon, athletes from around of the world are preparing to participate in the first ever marathon in the Torres del Paine National Park. The event will be held on September 23rd and is organized by NIGSA (Nómadas International Group SA), founders of the Patagonian Expedition Race, which has been named by the BBC as “The Last Wild Race” and selected by National Geographic as one of “ten great races in amazing places. “

With the close of entries this week, NIGSA has confirmed the participation of more than 350 athletes from almost 20 countries, including runners from all regions of Chile from Iquique in the north to Tierra del Fuego in the south, plus Argentina, Australia, Colombia, United States, Brazil , UK, Germany, Belgium, France, Estonia, Austria, Russia, Spain, Mexico, and even South Africa, Kenya and Uganda.

For many of them this will be their first visit to Chilean Patagonia and even South America, as in the case of Stefaan Engels, the famed Belgian athlete known as ‘Marathon Man’, after becoming the first person being to complete 365 marathons in one year. He will be joined by the legendary Chilean athlete Omar Aguilar, a native of Punta Arenas, who in 1988 smashed the Chilean record to complete the Rotterdam marathon in just 2h: 12: 19.

The competotors will participate in three categories, a full marathon (26.2 miles), half-marathon (13.1 miles) or 10K, on a route that will take them into the breathtaking nature of Torres del Paine National Park, the most visited national park in Chile. The start will be located near the Hotel Rio Serrano and finish at the Hotel Las Torres, where athletes will be greeted with a traditional Patagonian barbecue.

“Having athletes from South America, North America, Northern and Eastern Europe and even Africa has exceeded all our expectations” said Stjepan Pavicic, Director of the event. “With the Patagonian International Marathon we will contribute to sustainable development in one of the most beautiful places on the planet, and in particular globally positioning the Magallanes region as a great tourist destination. Additionally, participants can enjoy racing through wild nature and become aware of the need to protect it” he said.

With its overall intention to promote the conservation of Chilean Patagonia, The Patagonian International Marathon added a specific goal to their objectives: collecting trees for the  Reforestemos Patagonia campaign, a non-profit, public-private initiative, aimed at allowing people to contribute to planting 1 million native trees in the Torres del Paine National Park,  Laguna San Rafael and in the national reserves at Cerro Castillo and Lago Charlotte. Thanks to this partnership between NIGSA and Reforestemos Patagonia, the organizers have set a goal of planting 2,000 trees through donations of just $4.00 USD per tree (including planting and ongoing care) by nature loving people across the world. Once planted, each tree will be geo-tagged so it’s location can be seen by the donor. To this end, it has set up a website specifically dedicated to “The Marathon Forest” at:

To keep up to date with the latest news on the marathon, visit the website

About the Marathon:
The Patagonian International Marathon will take place on September 23rd, 2012 in the Torres del Paine National Park, a UNESCO Biosphere Reserve since 1978. Alongside the full classic marathon distance (42km/26.2miles) there will be a half-marathon (21km/13.1miles) and 10km race using the same course. The marathon will not only focus attention on Patagonia as a tourist destination, but will also bring direct benefits to conservation in the National Park through its association with the Reforestemos Patagonia project, which aims to plant a million trees in areas which have become deforested. 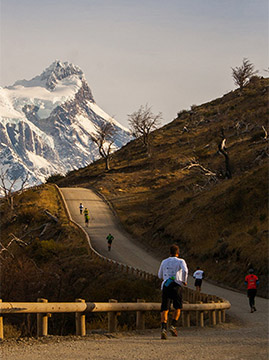