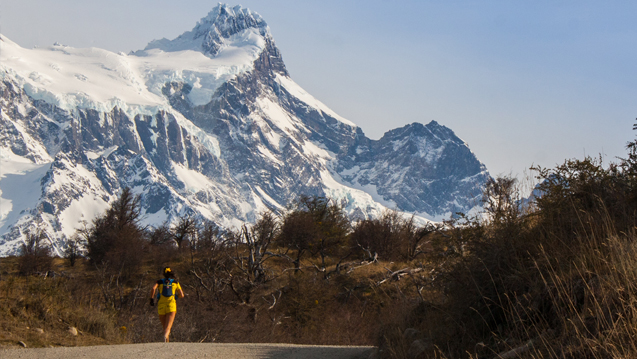 Punta Arenas, Chile. April 10, 2013. 28 year old Billy Barnett, from Volcano, Hawaii, who was featured in the book Born To Run, which told the story of the legendary barefoot runners of the Copper Canyon in Mexico, will be joining an international field of runners at the second annual Patagonian International Marathon, which will take place in the Torres del Paine National Park on September 28th, 2013.

Following the success of last year’s event which attracted nearly 400 runners to Chile’s best-loved National park, NIGSA has further enhanced the event by including a 63k Ultramarathon in the program. This will be the most southerly single-day ultra distance event in the world and is already attracting interest and entries from the international distance-running community

Though Billy ran in the 2006 and 2007 editions of the Copper Canyon Ultra, which takes place in Northern Mexico, this will be his first race in South America.

Relentlessly pursuing his passions and following his dreams has led him to teaching high school special education, says Billy,  ‘A dream realized has been to find a way to positively contribute to the community without sacrificing my beliefs or active lifestyle. I think my big accomplishment is living within my means, consuming little, and giving back more than I take.’

These beliefs are in tune with the founding principals of NIGSA, the race organisers. NIGSA seeks to promote Patagonia as a unique tourist destination, one which is geared up to support responsible, low impact toursim that benefits local people and their communities.

When asked what drew him to enter the race, he responded, ‘Patagonia has captured my imagination since I first saw pictures of its vast landscapes many, many years ago. It has held a place of wonder in my mind due to the spectacular landscapes and ecosystems.’

Billy will join other renowned runners who have volunteered to be ambassadors for the race. In doing so they will promote awareness of Chilean Patagonia and it’s diverse environment, but also the need to protect all the world’s wild places. In particular, runners will once again support the Reforestemos Patagonia project that aims to plant one million native trees in areas that have become deforested. This is particularly significant for the location of the Patagonian International Marathon in the Torres del Paine National Park, a UNESCO Biosphere reserve, which lost 170,000 km2 of forest in a devastating wildfire in December 2011. This year, for every entry, a tree will be donated to the Reforestemos Patagonia initiative.

The course for the ultra-distance event is the brainchild of the Patagonian Expedition Race founder, Stjepan Pavicic, who was born in the region and has dedicated most of his life to promoting sustainable tourism in Chilean Patagonia.  ‘By adding the 63km ultramarathon to our existing marathon event’ he recently said ‘we want to show the world that Patagonia is a paradise for endurance athletes from around the globe, a place that will fill them with vivid memories of running in a unique and wild place’

Billy Barnett was born in Virginia (USA). It was here he developed a love for the ocean and surfing. Always very conscious of his health, he studied exercise physiology in college. Billy’s competitive running career began in college where he ran cross-country before falling in love with ultra distance trail running. Though he no longer runs competitively he continues to enjoy running long distances. As he says ‘Trail runs capture the true spirit of running for me’.

Barnett now lives in Hawaii where he teaches special education, a job he finds very fulfilling. Giving back and making an impact on the community are important to him. He still makes time for surfing. 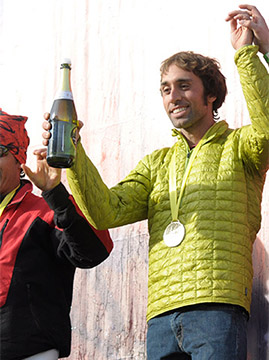