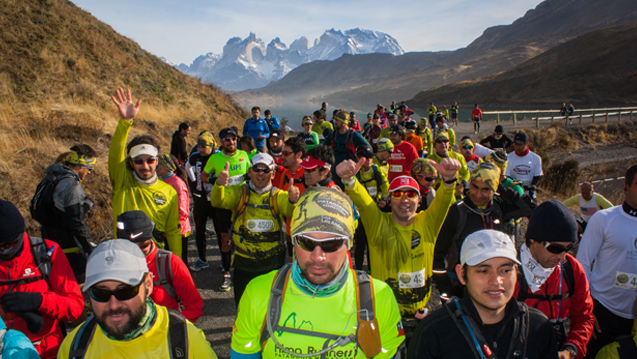 ATHLETES FROM CHILE AND AROUND THE WORLD RACE TO REFOREST PATAGONIA

Santiago, 14th August 2012. For the first time in its history the Torres del Paine National park will host a world-class marathon. The Patagonian International Marathon will be held on 23rd September and is being organized by NIGSA, using a route created by Stjepan Pavicic, the founder and creator of the Patagonian Expedition Race, which has been honored to be named by the BBC as “The Last Wild Race”

In this first marathon in Torres del Paine, participants will run 10K, 21K or 42K in a circuit immersed in the breathtaking nature of the flagship national park, which is the most visited in Chile. The finish will be located in the grounds of the Hotel Las Torres, where participants will be greeted with a traditional Patagonian barbecue.

“With the Patagonian International Marathon we hope to continue the journey that we started with the Patagonian Expedition Race, that is, to draw attention to the scenic beauty and biodiversity of Patagonia, its tourist attractions and so contribute to the sustainable development of this territory. But at this time, we want to involve many more people,” said Ann-Christine Meidinger, Global Marketing Director for NIGSA “Therefore, we invite all runners to live an unforgettable experience in one of the most beautiful places in Chile, enjoy nature and be aware of the need to protect it,” she added.

Registration is now open and will close on September 7. Inscription fees range between $100 and $156 US, according to the category, and can be made directly on the event website https://www.patagonianinternationalmarathon.com/es/. To date, over 250 runners from different countries have confirmed their participation, including athletes from countries like USA, UK, Belgium, France, South Africa, Austria, Mexico, Brazil and Argentina, and Chile. Among those enrolled, highlights include the Belgian athlete Stefaan Engels, known as the Marathon Man after becoming the first person in the world to complete 365 marathons in a year. In addition, little by little, he is being joined by several leading figures from Chile, including the winner of Chile’s popular reality television program “Mundos Opuestos” (Opposite Worlds), Sebastian Roca, and also Matthias Anguita, the marathon runner who just met the challenge of running 40 marathons in 40 days on a street circuit through the streets of Santiago, also to raise awareness of the campaign Reforestamos Patagonia.

The Fundacion Imagen de Chile (FiCh), whose primary mission is to promote the image of Chile abroad, is actively supporting this initiative with the realization that events such as this make a direct contribution to building the country’s image. “Patagonia is one of the key structural elements of Chile’s image and is very distinctive geographically from the other countries of the region. Torres del Paine is a destination which foreigners identify and value as part of the ‘natural capital’ not only of Chile but the whole world, and positive actions like this reinforce it further,” said Jennyfer Salvo, Director of Communications for FiCh.

Alongside its intention to promote the preservation of Chilean Patagonia, The Patagonian International Marathon also added another goal to their objectives: to collect trees for the Reforestamos Patagonia campaign, a joint public and private initiative, whose non-profit goal is to organise people to contribute to providing 1 million native trees (beech, coigües and ñirres) for planting in the Torres del Paine National Park, also at Laguna San Rafael and in the national reserves of Lago Carlota and Cerro Castillo in 2012.

“The Reforestemos Patagonia project and the Patagonian International Marathon have a common vision, and are both keen to encourage the protection of this important area, which was severely affected by the forest fires of 2011, that consumed 170 km2 of the Torres del Paine National Park. For this reason, we welcome the alliance. This is something concrete that can be done to reforest Chilean Patagonia in a healthy and positive way. We hope that both the Chilean people and people from our neighbouring countries and overseas, are motivated to join us not only by running, but also by making a donation of trees,” said Javier Fuentes, Executive Director of Reforestamos Patagonia.

The goal set by the organizers is to donate 2,000 trees through the voluntary donation by participants in the race, but also by sponsoring companies and the general public (see box).

“A marathon in the Torres del Paine is certainly a very good event and with Reforestamos Patagonia it’s the perfect combination. My experience with the challenge of the 40 marathons in 40 days helped me to realize that people really understand the need for reforestation and now it’s important to spread the word about this challenge because this is a big goal,” said marathon runner, Matias Anguita.

In parallel, NIGSA also presented a competition to win prizes including a trip for two to Cape Horn with Cruceros Australis, a two night stay at Hotel Rio Serrano, three month memberships to Sportlife gyms and a full cycle of Hypoxic training at the 110 Sport & Health Center. This contest is open until August 28. To participate, fans of the official Facebook page of the Patagonian International Marathon should just share the poster contest.

Reforestamos Patagonia: How to Help

For those who are motivated by the campaign, we have created a special Patagonian International Marathon forest where you can make donations in trees and watch the meter grow until we reach our goal of 2,000 trees donated through this race. Just enter https://www.reforestemospatagonia.cl/bosque.php?url=international-patagonian-marathon and follow through three simple steps to making the purchase and planting a tree in our virtual forest.Each tree has a cost of 2,000 pesos (4 dollars US) and it’s easy to collaborate through a modern digital platform that allows each person to contribute to one or more trees.

Once your contribution, which may be paid by Webpay systems (in Chile) or Paypal (overseas), is posted on Facebook if you have an account, you can then invite your friends to do the same. The portal also offers the possibility of giving trees through a Gift Card with a unique code, which is then entered on the same site and allows to be planted trees in your name. When you finish the checkout process, you will receive an e-mail with a certificate of planting and a geo-referenced link Google Maps with the exact location where your tree will be planted. 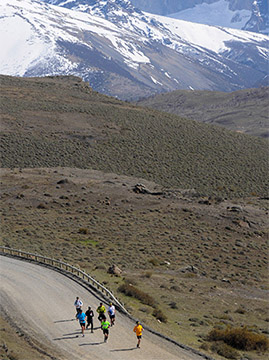