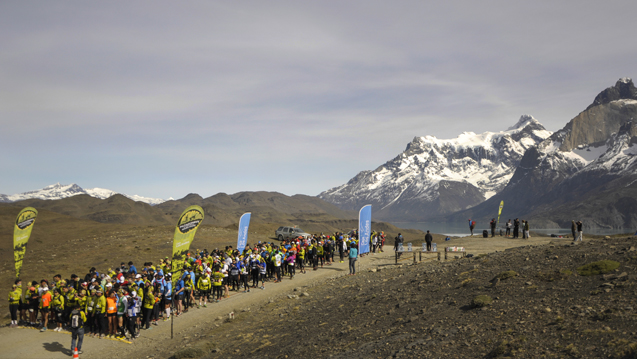 Following the success of last year’s event which attracted nearly 400 runners to Chile’s most-loved National park, NIGSA has further enhanced the event by including a 63k Ultramarathon in the program. This will be the most southerly single-day ultra distance event in the world and is already attracting interest and entries from the international distance-running community.

Canuto has been trail running competitively throughout the world since 2005 with multiple podium finishes.  A goal Errazuriz shares with the Patagonian International Marathon is to expose trail running to Chile and South America. His trail running accomplishments at Western States in California and UTMB in France have certainly helped expose the world to Chilean trail running.

When asked what conservation means to him, Errazuriz replied ‘Conservation for me is a lifestyle; it is a habit that should be in our daily lives. Finally we are the ones that educate companies, society and the authorities. If the concern to preserve does not come from us it is not possible to avoid the destruction of our environment.’

These beliefs are in tune with the founding principals of NIGSA, the race organizers. NIGSA seeks to promote Patagonia as a unique tourist destination, one that is geared to support responsible, low impact tourism that benefits local people and their communities.

When asked what attracts him to Patagonia, Canuto responded, ‘Patagonia is one of the most spectacular places in the world! Still a virgin terrain, with mountains, lakes, rivers and the best trails to run! It’s still a wild and mystical place.’ We could not agree more.

Canuto will join other renowned runners who have volunteered to be ambassadors for the race. In doing so they will promote awareness of Chilean Patagonia and it’s diverse environment, but also the need to protect all the world’s wild places. In particular, runners will once again support the Reforestemos Patagonia project that aims to plant one million native trees in areas that have become deforested. This is particularly significant for the location of the Patagonian International Marathon in the Torres del Paine National Park, a UNESCO Biosphere reserve, which lost 170,000 km2 of forest in a devastating wildfire in December 2011. This year, for every entry, a tree will be donated to the Reforestemos Patagonia initiative.

The course for the ultra-distance event is the brainchild of the Patagonian Expedition Race founder, Stjepan Pavicic, who was born in the region and has dedicated most of his life to promoting sustainable tourism in Chilean Patagonia.  ‘By adding the 63km ultramarathon to our existing marathon event’ he recently said ‘we want to show the world that Patagonia is a paradise for endurance athletes from around the globe, a place that will fill them with vivid memories of running in a unique and wild place.’

Rodrigo Errazuriz was born in Chile and has a love for most all sports. He views sport as ‘The best tool to help approach each day head on.’ Running is his therapy, his way of disconnecting from his day-to-day responsibilities. Running allows time to ‘Think, meditate and solve the simple problems that life puts in the way.’

In February of 2012, Canuto attempted to break the fastest known time (FKT) for the “O” and “W” circuit in Torres del Paine National Park. The record was set in 2007 with a time of 18 hours and 30 minutes. Canuto was successful in his attempt and set a new FKT of 17 hours 38 minutes and 21 seconds! The record still stands.

Canuto currently lives in Santiago where he is an outdoor brand executive.  Although his life is very busy between work and time spent with his two beautiful girls, he still finds time to run and train. 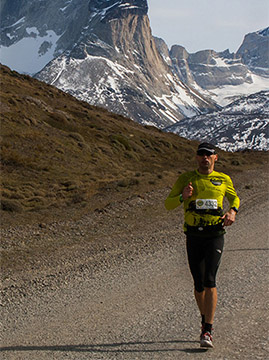