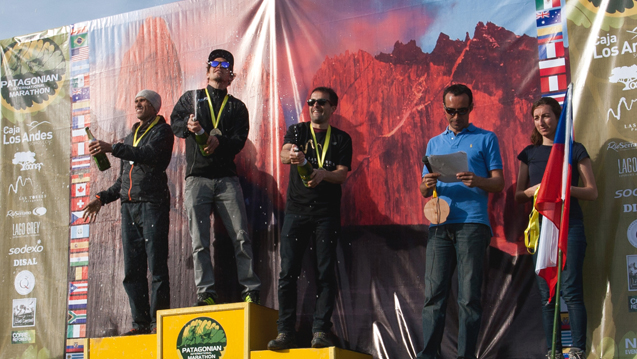 Santiago, 13th December 2012. Registration opened this week for the second edition of Patagonian International Marathon, to be held on September 28th, 2013. The event is organized by NIGSA, founder and creator of Patagonian Expedition Race, sporting challenge which was declared by the BBC to be “the world’s last wild race” and whose eleventh version will take place in February 2013 in Patagonia.

For the second edition of the marathon in Torres del Paine, NIGSA have introduced a new distance to the existing 10K, 21K and 42K. This will be the 63k Ultra Marathon, which will follow a route immersed in the breathtaking nature of iconic national park, one of the most visited in Chile. The finish will be located at the Hotel Las Torres.

“In this second version of the Patagonian International Marathon we hope to continue along the path that began with the successful first edition in 2012, in which drew more than 380 runners from 18 countries, including Russia, Estonia, France, Germany , Austria, Spain, Belgium, Britain, Uganda, South Africa, USA, Canada, Australia, Colombia, Brazil and Mexico. For 2013 we want to involve more people and highlight the natural beauty and biodiversity of Patagonia, its tourist attractions and so contribute to the sustainable development of this region, ” said Stjepan Pavicic, founder and director of the Patagonian International Marathon.

Race inscriptions can be made directly through the event website at https://www.patagonianinternationalmarathon.com/es/.

For the 2013 edition, the participation will be limited to one thousand runners. “Those who participate will have the opportunity to live an unforgettable experience in one of the most beautiful places in Chile, to enjoy nature and become more aware of the need to protect it,” says Pavicic.

Conservation and reforestation of Patagonia

Alongside its intention to promote the preservation of Chilean Patagonia, in 2012 the Patagonian International Marathon added another goal to their objectives: collecting trees for Patagonia Reforest campaign. This is a non-profit, public-private initiative, which aims to organize ordinary people as well as businesses to raise funds to plant 1 million native trees in not only the Torres del Paine National Park but also on Laguna San Rafael and National Reserves at Lago Charlotte and Cerro Castillo.

To that end, each entry to the marathon will include a contribution to the project, which is expected, alongside the voluntary donations of sponsoring companies and the general public, to fund a significant number of extra trees (see box).

“Between Reforest Patagonia and the Patagonian International Marathon we have a common vision, which is an interest in promoting the protection of this important area, so severely affected by forest fires of 2011 which consumed 17,000 acres of the Torres del Paine National Park. This project is something concrete that can be done to help reforest Chilean Patagonia in a healthy and positive way. We hope that both Chileans and foreigners will not only be motivated to participate as runners, but also by making a donation towards more trees” said Mafias Rivera, CEO of Reforest Patagonia.

Reforest Patagonia: How to help:

Each tree costs just US$ 4 and you buy them through a digital platform that allows each person to contribute to one or more trees.

For those who are really motivated by this campaign there is a special Patagonian International Marathon forest where you can make donations in trees and the counter will grow until it reaches the goal of 2,000 trees solely from this race. All you need to do is click here

https://www.reforestemospatagonia.cl/patagonian-international-marathon and follow the three simple steps to purchase and plant a tree in the virtual forest.

Once the contribution has been made, which can be paid by webpay systems (in Chile) or Paypal (overseas), it is posted on Facebook (if you have account) and you can invite your friends to do the same. The portal also offers the possibility of giving trees through a gift card with a unique code which is then entered on the same website and allows trees to be planted in your name. When you finish the checkout process, the person receives an e-mail with a certificate of planting and a geo-referenced link to Google Maps with the exact location where your tree will be planted.