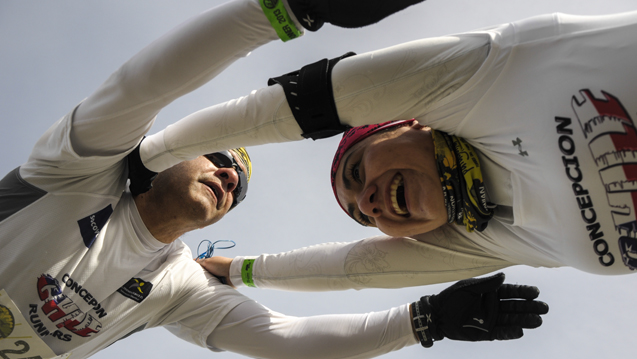 Torres del Paine, 24 September 2012 is a day that will definitely go down in history of the Torres del Paine National Park and even in Chilean sports history. Thanks to the first edition of Patagonian International Marathon, the Torres del Paine National Park received more than 370 athletes from all over Chile and nearly 20 countries participated in the first ever marathon held in there. The event was organized by NIGSA, the company behind the famous Patagonian Expedition Race, a race named by the BBC as “the world’s last wild race” and selected by National Geographic as one of the ten “great races in amazing places.”

At about half past nine, the 80 registered in the full-marathon category started at Puente Weber, in surprisingly good weather day, considering the cold and wind of previous days. Runners soon began to enjoy the twisting route that took them to different heights and spectacular views of the Cuernos and the Torres del Paine. Meanwhile, participants in the half-marathon and 10K categories warmed up in other locations, eager to start this incredible experience.

“The first 30 miles were not so difficult,” said the Belgian Stefaan Engels, known to the world as ‘Marathon Man’ after completing 365 marathons in one year, “but the last 10 were really tough, because of the uphill sections and the wind. This is a tough race, not for everyone, but it is so amazing, “he said.

Soon after the start, the lead was taken by Australian Luke Myers, who gradually consolidated his position as overall leader of the competition. Myers did not let the lead go, and received fantsatic encouragement from the runners in other categories as he passed through their start points. Finally, shortly after noon, Myers was the first man to reach the last line, located just outside the Hotel Las Torres, where he was greeted with cheers of all present. Myers has some previous experience at the distance, but the Patagonian International Marathon was his first win.

“This is the most incredible experience of my life,” just after he crossed the line. “I never thought I would win this marathon. It was an incredible race and everyone should come next year to participate. I’ll remember this for the rest of my life, “he said emphatically.

Meanwhile, in the women’s race, the overall lead was held by Camelio Silvana, who lives in the Magallanes region of Patagonia, “I’m really happy because this was a great challenge. It was a very route made harder by the number of uphill sections that felt very comfortable, but I really enjoyed it, ” she said. “The truth is that running in this ancient landscape, seeing the Torres makes you forget being a little tired and I am very happy to have represented the Magellanes region in this challenge,” she said.

Gradually, more runners were reaching the finish line from each category, and all runners were rewarded with a medal and a typical Patagonian barbecue at Hotel Las Torres. All of them felt the fatigue, but also the joy of being the first to complete this unprecedented feat in the history of Chilean running Along with the aforementioned Engels, other prominent athletes who participated were the legendary Omar Aguilar, the marathoner Matias Anguita and Sebastian Roca, winner of Channel 13 program ‘Opposite Worlds’, to name a few.

“We are very happy with the first edition of the marathon and with the experience of all athletes,” said Stjepan Pavicic, Director of the event. “We were very pleased with the variety of people who came, as some were completely focused on the sporting and others were more inspired by the unique experience of being in this place. That’s just one of the reasons that this race is so unique, ” he continued. 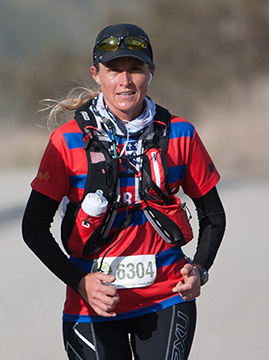